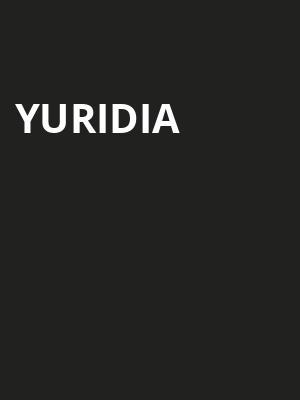 The Mexican songstress heads out on her Desierto tour!

Mexican songstress Yuridia is heading out on her North American Tour, Pa'Luego Es Tarde! Finding influence from her Latina roots Yuridia brings her pop/R&B infused beats to her fans across North America. Featuring songs from her latest release as well as hits from the artists previous six albums Yuridia showcases her unique talent and brings a spice of Mexico on this tour!

By the tender age of 19 Yuridia has already taken Mexico by storm and had become one of the highest selling artists in the country. Her debut album 'La Voz de un ngel' sold over one million copies when it was released in 2005. Entitled after Yuridia's nick-name 'Voice of an Angel', the album made the pop star into a super star as she overtook the likes of Thala, Luis Miguel and Juan Gabriel to be Mexico's favorite voice.

You may be required to wear a mask during this performance. Please contact the venue directly for more information.

Loved every minute of her show, well worth it! One of my idols. Te amo... more

Sound good to you? Share this page on social media and let your friends know about Yuridia at Klipsch Amphitheatre.