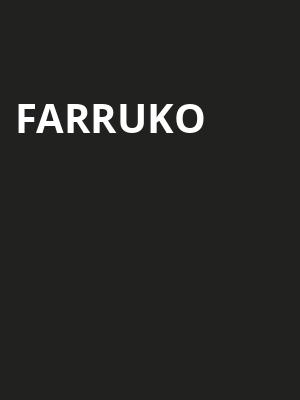 The don of urban Latin music heads out on huge world tour!

Star of the Urban Latin music scene, Farruko, is embarking on a huge North American tour in 2021 in support of his highly anticipated upcoming album, LA 167! With having collaborated with the likes of Sean Paul and Major Lazor, Farruko is no stranger to worldwide success. After exploding onto the scene in 2014 with the single 'Passion Whine', which remained in the number one spot on the Billboard charts for an impressive 16 weeks, Farruko has become vastly known as the hot name in Latin music of the decade.

Since 2014 Farruko has developed and grown within his own sound. Not one to shy away from innovation he has now transitioned into the world of Latin trap, where he hopes to lead a new genre of Latin music, bringing the beloved genre into a new and exciting age.

Seen Farruko? Loved it? Hated it?

Sound good to you? Share this page on social media and let your friends know about Farruko at American Airlines Arena.