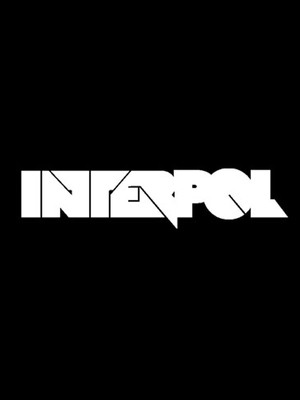 The impressive thing about Interpol has always been the refinement of their sound, its remarkable sense of purpose.

Firmly established as one of the pre-eminent indie bands of this era, Interpol's brand of edgy indie has earned the band a wide fan base, with their first two albums - 'Turn On The Bright Lights' and 'Antics' - securing them a top spot in the playlists of music lovers around the world. Following the release of 2018's Marauder, (the group's first full-length album since 2014s El Pintor), they're whetting our tastebuds this year with select live dates and new cuts from the 'A Fine Mess' EP.

Interpol saw a major change to their four-person line-up in 2000 when founding member and bassist Carlos Dengler left the band, but have continued all the same, releasing their first album as a trio in early 2014. Don't miss the effortlessly cool Manhattan natives when they take to stages across the country in 2019!

Seen Interpol? Loved it? Hated it?

Sound good to you? Share this page on social media and let your friends know about Interpol at Fillmore Miami Beach.