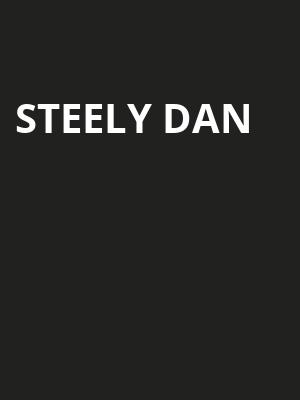 All that mattered was the music itself - the sweet spot fusion between jazz and funk, ornamented with those sinuous guitar rhythms, meticulous bass lines and dramatic drum solos.

With music characterized by complex jazz-influenced structures and harmonies, Steely Dan's Donald Fagen and the late Walter Becker were famed for their cerebral, wry and eccentric lyrics. Despite the avant-garde nature of their music, their musical marriage turned out to be a winning formula - they have sold more than 30 million albums worldwide, and were inducted into the Rock and Roll Hall of Fame in March 2001.

Once reclusive, the band now tours more than they ever did in their heyday, dusting off the classics and reinventing them in a way only Steely Dan can. Following the passing of Walter Becker in 2017, the line up currently consists of Donald Fagan and a group of expertly talented musicians. Expect genre-bending, virtuosic interludes, and of course, that trademark groove. Don't miss them live in 2020 on the Earth After Hours tour, where they will once again be joined by Steve Winwood!

You may be required to have had a COVID vaccine in order to attend this performance or show proof of a negative test. Please contact the venue directly for more information on this.

The Band was tight......Mike Leonhart and the brass were remarkable......Carolyn... more

The sounds was tight and the lights were bright. Steely Dan at the Louisville... more

Sound good to you? Share this page on social media and let your friends know about Steely Dan at Fillmore Miami Beach.