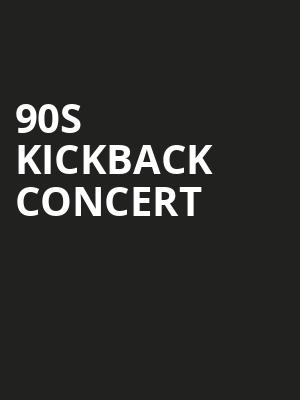 Legends of 90s R&B on tour together

Yungfly Entertainment present a huge kickback to some of the best in 90s R&B, with the 90s Kickback Concert tour. The tour rolls through Milwaukee, Minneapolis, Shreveport and Greensboro and sees some of the biggest names in R&B sharing a stage, with performances from Dru Hill, Avant, H-Town, Case, Shai, Adina Howard, Michel'le and Kut Klose.

These are a group of artists needing no introduction to R&B fans. Dru Hill's multi-platinum run of albums include four top-10 records and four number-1 singles, with a guest appearance on Will Smith's 1999 global hit 'Wild Wild West'. Fellow platinum-seller Avant has also been storming charts since 1999, with hits throughout the 2000s including features on his tracks by Snoop Dogg, Kelly Rowland and Lil Wayne. H-Town's 1993 debut single 'Knockin' Da Boots' reached number 1 on the US R&B charts and the rest of this legendary bill of artists all tasted their own chart successes in the 90s too. Tickets are flying out for this event - not to be missed.

Sound good to you? Share this page on social media and let your friends know about 90s Kickback Concert at James Knight Center.