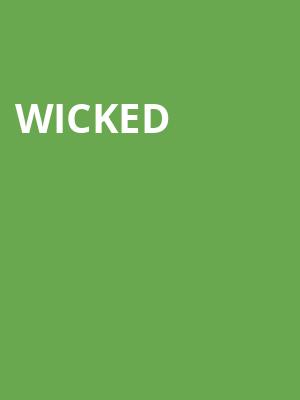 All graphics, logos, and/or other trademarks are the property of the official production

This is what stage magic is all about. This is live theater at its finest.

Forget all that you know about The Wizard of Oz and be transported once again to the magical land of Oz! This time, however, the action takes place way before the arrival of Dorothy and her pooch Toto. Wicked is the story of two magically inclined women, one blonde, and one green of skin - and their coming of age as the forces of good and (perceived) 'wicked'.

Based on the critically acclaimed novel by Gregory Maguire, Wicked explores the foundation of the Oz legend, what made Glinda and Elphaba become the icons of good and bad, and whether all is what it appears to be in later stories.

Wicked was the smash hit of the new millennium that continues to break records over 15 years later with Stephen Schwartz's breathtaking original songs, including "Defying Gravity", "Popular" and "As Long As You're Mine", creating the perfect soundtrack to this beloved new classic.

The start of a wonderful adventure!

Thrown together as unwilling roommates at The University of Shiz, initially the beautiful, blonde, and effervescent Glinda clashes with the fiery, misunderstood, green-skinned Elphaba. Facing various challenges in their experiences, they learn to put their differences aside and form an unexpected bond that stays with them for years to come, despite the political and magical upheaval that engulfs Oz. What makes someone truly "Wicked?" An uplifting and affirming adventure that journeys way below the skin and the heart of life.

Elphaba's green transformation is down to MAC PRO Chromacake in Landscape Green, which was specially created just for the show, and is not available for regular purchase (Booooo.) Pots of the emerald hue are mixed with water because its non-smudging powers are the most long-lasting. It's almost like magic... Kudos, MAC.

Recommended age for children is 8 years and up. There is nothing of a vulgar or sexual nature, but there are adult themes. Everyone is required to have a ticket.

You may be required to wear a mask during this performance. Please contact the venue directly for more information.

Outstanding Production of a Musical

Meet stars from
the cast of

The performance of 'Defying Gravity' at the end of Act I will give you chills.

Almost 13 years after it's debut, you still can't go wrong with Wicked, a perfect adventure for the whole family! Eugene Lee's scenic design coupled with Susan Hilferty's costume artistry will have you engrossed in their magic throughout the production.

I have seen this show 3 times on Broadway...First time with Idina Menzel... more

Sound good to you? Share this page on social media and let your friends know about Wicked at Ziff Opera House.